On Thursday, October 17th, Susan Omilian of West Hartford marks the 20th anniversary of the death of her nineteen-year-old niece Maggie, killed by her ex-boyfriend on a college campus in Michigan in 1999.

This year on that date, Susan will launch her new novel, Emerge: The Opening of the Human Heart to the Power of Love, inspired by the true events of Maggie’s murder.

“I decided to write about what happened to Maggie in a fictional story-telling format so that I could educate readers about the impact of violence, abuse and trauma on its victims.” Omilian says of her intent in writing the novel. “This book is a sequel to Awaken, my first novel and builds on that story of healing and recovery after abuse and trauma.”

Emerge also chronicles the journey beyond abuse that Omilian has been articulating for women through her workshops and books since Maggie’s death. “The characters and plot of Emerge show the journey from victim to survivor to thriver,” Omilian explains. “That Maggie didn’t have the chance to 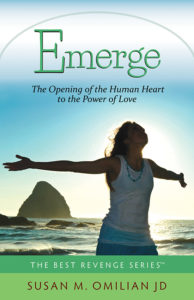 thrive, I’m telling this story to inspire other women who can.”

This journey from victim to survivor to thriver is a critical one for woman to take who have been abused, Omilian adds. “Those who reclaim their lives in this way are less likely to return to an abusive relationship or suffer the long-term physical and psychological consequences of the violence and trauma they have experienced.”

Emerge is the second book in Omilian’s The Best Revenge SeriesTM, named for the idea that “living well is the best revenge.” She has conducted her free My Avenging Angel WorkshopsTM in Connecticut for women since 2001 and published two non-fiction book, Entering the Thriver Zone: A Seven-Step Guide to Thriving After Abuse and Staying in the Thriver Zone:  A Road Map to Manifest a Life of Power and Purpose.

An attorney and advocate for forty years to end violence against women, Omilian hopes that she’ll find a new audience in fiction readers who will be inspired to reclaim their own lives after domestic violence, sexual assault and other abuse.

The Emerge book launch event is free and will be held on Thursday, October 17 from 6 to 8 pm at YWCA Hartford Region, 135 Broad Street in Hartford, Connecticut.  To Register for this event, visit www.ThriverZoneEmergeLaunch.eventbrite.com.

Both Awaken and Emerge will be available for purchase and signing as well as her other books.

SPECIAL GUESTS at the book launch event will include: 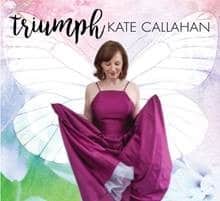 Kate Callahan is a  singer/songwriter who will sing her original songs. Kate is Connecticut’s 16th State Troubadour, and one of the most awarded singer-songwriters in her home state. She gives a concert of soulful, optimistic and uplifting original music plus songs by Leonard Cohen, and Bob Dylan. Callahan has shared stages with songwriter legends Judy Collins, Noel Paul Stookey (Peter, Paul & Mary), the late Bill Morrissey, Aztec Two Step, and Regina Spektor. She is unapologetically optimistic in concert, singing original songs about the Earth, gratitude, marriage, love, and spirit.(Kate-Callahan.com).

Copies of both Awaken and Emerge will be available for purchase and to be signed by the author at the event as well as Susan’s other books.

For more info about this event and Susan’s work, visit www.thriverzone.com.