The My Avenging Angel Workshops™ provide the critical “next step” for women who have been abused to permanently break the cycle of violence and reclaim their lives. Based on the idea that “living well is the best revenge,” the workshops allow women to uncover hidden talents, find the focus of their creative potential and transform their lives in positive, productive ways.

The two-day My Avenging Angel Workshops™ were inspired by Maggie’s story, who was killed in 1999 by her ex-boyfriend. Susan, Maggie’s aunt, created the workshops when she came to recognize the power in the moment when a woman leaves an abuser. Since Maggie did not live beyond that moment, Susan vowed to help other women move on after abuse, as Maggie could not. 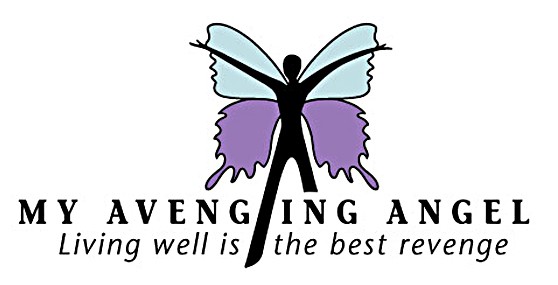 “Susan’s work provides a component for women recovering from crisis that has, until now, been virtually overlooked. After we’re standing on the edge of the new life that we barely dared to imagine, now that we’re savoring an abuse-free environment, cheering ‘I’m free,’ who answers the inevitable next question: ‘And now what?’”
“My Avenging Angel is guiding me to my best revenge!”
“Susan has helped me to learn how to search within myself to determine what it is that I want out of life and how to set goals to enable me to take the baby steps necessary to reaching these goals without feeling overwhelmed and too frightened to do anything. After such a life-changing event as leaving abuse, you feel so ‘cut loose’ and wonder where to go from there.”

Register for a Workshop

My Avenging Angel Workshops™ are conducted by Susan four times a year in two locations in Connecticut. The two-session, full-day workshops are provided FREE of charge to women who have been abused. Workshop participants should plan to attend both sessions of each workshop.

Susan’s book, Entering the Thriver Zone: A Seven-Step Guide to Thriving After Abuse contains the motivational guidance she has used in the popular My Avenging Angel Workshops™ since 2001.  The book will take you step-by-step through powerful and life-changing exercises, writing prompts and interactive activities that Susan has successfully used in her workshops for the last fifteen years!

Workshops are supported by the Connecticut Alliance for Victims of Violence and Their Families, Inc. (CT-ALIVE.org)  so that they can be offered free-of-charge to victims of domestic violence and sexual assault.

Your generous support makes it all possible and it is greatly appreciated and much needed. Please consider making a donation today.