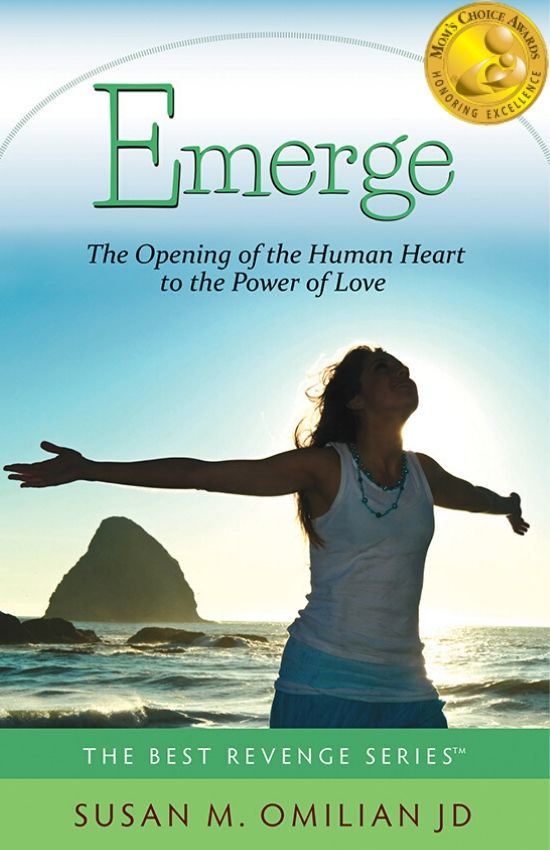 The second book in The Best Revenge Series™ by Susan Omilian.

Emerge: The Opening of the Human Heart to the Power of love

Ten years after the murder of Lacey Lockhart, Lisette LaTour revisits the college town where Lacey was shot and killed by her ex-boyfriend, Ari. No longer dancing under the name of Atilla the Hunny and adrift as to her career goals, Lisette longs to connect with something bigger and deeper in her life.

When Ambrose, the angry, homeless man she encountered a decade ago, proposes a scheme, Lisette senses danger. At what cost could she regain the kind of love she lost at the age of ten when her mother died? Emerge is a heartfelt story of the power of unconditional love that creates in the human heart a sense of home, togetherness and possibility.

Named among the best in family-friendly products by Mom’s Choice Awards.

“Emerge is a good read and a great learning opportunity. With Susan’s unique insights into the impact of violence and abuse on women’s lives from personal and professional experience with victims and offenders alike, the characters come alive for the readers while they learn how stigmatizing such trauma can be for its victims.” – Linda McMurray LCSW, Domestic Violence Counselor

Bonus! Order on this site and you’ll get an autographed copy of your book!