Inspired by the story of Maggie 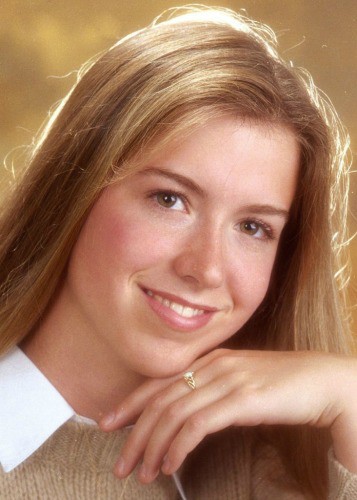 On October 18, 1999, Susan’s nineteen-year-old niece, Maggie, was shot and killed in a college dorm room by her ex-boyfriend who then killed himself.

No one, not even Maggie herself, had seen the danger she was in after she had ended the relationship. A week after the murder, when a list of the warning signs of an abusive relationship was handed out on campus, Maggie’s family and friends realized how much danger Maggie was in. Although the murderer had never assaulted or threatened Maggie physically, he had verbally, emotionally and psychologically abused her, including refusing to accept the end of their relationship. She also didn’t know he had a gun which he had purchased ten days before the murder-suicide at a local gun store that had no legal obligation to report the gun’s purchase to the college.

Shocked and outraged by what happened to Maggie, Susan was determined to turn this tragic death into an opportunity to help others move on to thrive in their lives as Maggie could not.

“Since Maggie didn’t live beyond her moment of realizing she was being abused,” Susan said, “today I work with women so they can do more than just survive abuse. I want them to thrive and find the daring, exciting and creative futures they so richly deserve.”

Maggie’s own commitment to making the world better is described in a college paper where she wrote:

“I am no longer content to live a private life and concern myself only with affairs that affect me. The things I do in my public life can make a difference. I foresee myself raising a family eventually, and I do not want to pass on a world I have made no attempt to better.”

For more about Maggie and other important work on dating violence/healthy relationships being done in her honor by Susan’s brother and sister-in-law, visit their website, Remembering Maggie.

You can also read more about Maggie and the work by Susan that she has inspired in her books including Entering the Thriver Zone:  A Seven-Step Guide to Thriving After Abuse in The Thriver Zone  SeriesTMand her novel, Awaken: The Awakening of the Human Spirit on a Healing Journey  in The Best Revenge SeriesTM.  Inspired by the true event of her niece’s death, the novel illustrates for the  reader in a story-telling format, the warning signs of abuse in a relationship and reveals how the journey to thriving can inspire a new start in life.