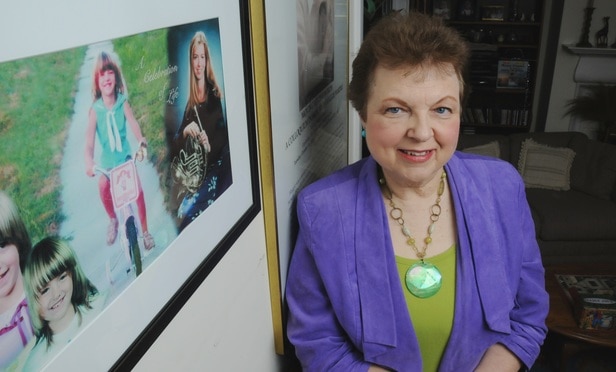 Susan Omilian is an attorney, author, motivational speaker and nationally recognized expert who has worked to end violence against women for the last forty years. In the 1970s, she founded a rape crisis center and, in the early 1980s, represented battered women in divorce proceedings. She also litigated sex discrimination cases, including helping to articulate the legal concept that made sexual harassment illegal in the 1990s.

Watch a video about Susan and her work.

Her passion and enthusiasm for this work became more personal and immediate with the violent death of her niece Maggie, killed by her ex-boyfriend in 1999. Driven by a desire to help women move on after abuse as Maggie could not, Susan developed and has facilitated since 2001 her My Avenging Angel WorkshopsTM, based on the idea that “living well is the best revenge.” These workshops have  helped hundreds of women take the journey from victim to survivor to thriver.

Susan’s award-winning work has been described as “life-changing” and as “a component for women recovering from abuse that has been virtually overlooked.” On her own healing journey after the senseless death of her niece, Susan found the work she was born to do and it  comes together here in the THRIVER ZONE — a healing place for women who want to reclaim their lives after abuse.

Her novel, Awaken: The Awakening of the Human Spirit on a Healing Journey, was published in 2017 as part of The Best Revenge SeriesTM and was inspired by the true event of her niece’s death. In Awaken, the reader sees, in a story-telling format, how the warning signs of abuse work in a relationship as well as how the journey to thriving that can inspire a new start in life. In Emerge: The Opening of the Human Heart to the Power of Love, a sequel to Awaken and the second book in The Best Revenge SeriesTM, the story continues with an exploration of how the power of unconditional love can create in the human heart a sense of home, togetherness and possibility. The final book in the Series, Thrive, will be published in 2022.

Susan is also the author of several books on sex discrimination law and her articles have appeared in newspapers and journals including “Moving Beyond Abuse in Our Lives” in The Voice: The Journal of the Battered Women’s Movement, published by the National Coalition Against Domestic Violence (NCADV). Articles about Susan and her innovative, groundbreaking work have also appeared in publications in the state where she lives, The Connecticut Law Tribune and New Britain Herald.

As an editor and writing coach who teaches both fiction and non-fiction memoir writing classes, Susan oversees her own production company, Butterfly Bliss Productions LLC, which is the publisher of her books.  Susan holds a law degree from Wayne State University in Detroit and a bachelor of arts degree in journalism from the University of Michigan.

“I am a woman of power whose mission in life is to be a catalyst for change for victims of violence against women. Today I celebrate my life by building a community of strong, independent, productive women who have survived abuse and are thriving in well-being, love and joy.”